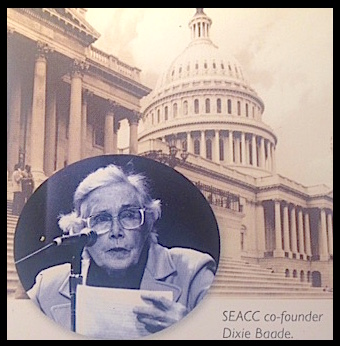 In 1970, the sound of chainsaws and heavy equipment clearcutting trees for two giant pulp mills filled many parts of the Tongass. The pulp mills targeted places with the biggest trees; the same places that provide the best habitat for salmon, bears, Sitka black-tailed deer, and other wildlife. The Forest Service’s long-term management plan called for clearcutting more than 95 percent of the commercial timber on the Tongass.

A small group of dedicated Southeast Alaskans wanted to halt the damage to the forest they called home. They decided to take on the seemingly impossible task of reforming the management of the Tongass. In June of 1970, local conservation groups formed a coalition, soon called the Southeast Alaska Conservation Council.

Through the hard work of our members, SEACC has more than 45 years of success in standing up for the Tongass. When SEACC was founded, there were two large pulp mills, no protected lands in the Tongass, and little protection for fish and wildlife. Today the pulp mills are gone, more than 6.5 million acres are permanently protected, and more protections for fish and wildlife are in place. Here are a few highlights:

In recent years, despite state and federal attempts to return to an unsustainable, large-scale timber industry, SEACC has successfully defended the most biologically and culturally important places on the Tongass.