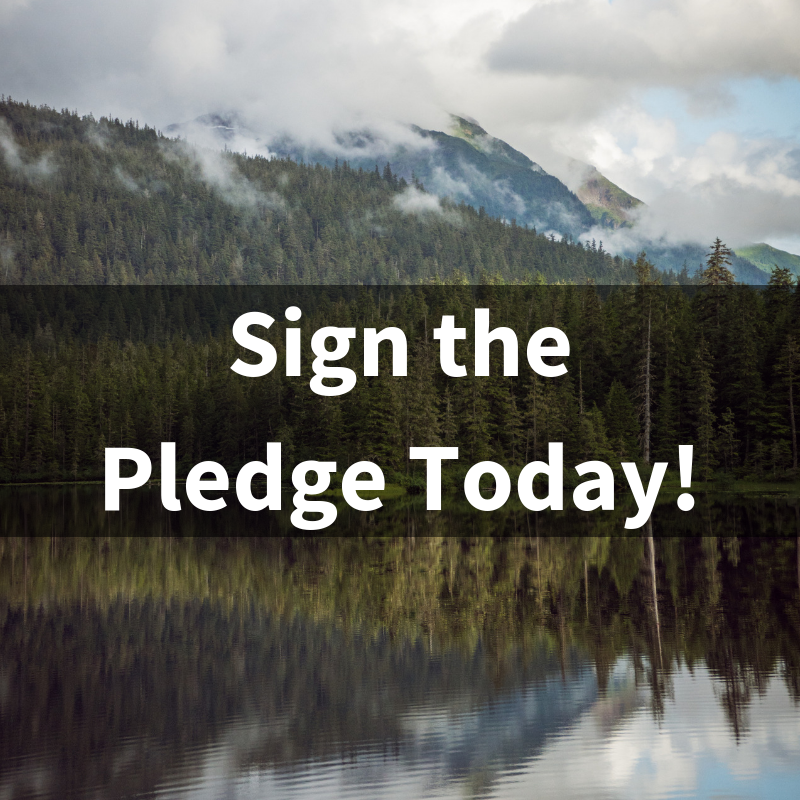 Today Senator Cantwell (D-WA) and Representative Gallego (D-AZ) introduced legislation that if passed this year would keep the 2001 Roadless Rule on the Tongass, and National Forests around the country, by transforming it from an agency regulation into federal law! The Roadless Area Conservation Act would block states from weakening Roadless protections by creating state-specific rules. Sound familiar?

The Forest Service, at the behest of the State of Alaska and United States Department of Agriculture Secretary Sonny Perdue, is currently in the process of creating an Alaska-specific Roadless Rule. Should the state get its way, many of the protections from the national rule would disappear from the Tongass. Turning Roadless into law would mean states could only strengthen, not weaken, Roadless Rule protections.

Stand in solidarity with Senator Cantwell and Representative Gallego, pledge to Protect the Roadless Rule in Alaska.

Your Action Needed TODAY at 1pm to Protect Alaska’s Waterways

The recently introduced House Bill 138 (HB 138), sponsored by Representative Kopp, is an act that would gut the rights of Alaskans to protect the exceptional waters on which our ecosystems, ways of life, and economies depend.  This bill is practically identical to SB 51, which remains in the Senate Resources Committee.

The Clean Water Act allows residents of Alaska to protect waters critical to their communities or culture from pollution under a Tier 3 Designation.  HB 138 would require a Tier 3 nomination get passed as a law through the state legislature to exercise this right.  The decision would be political rather than science-based and would make the approval process nearly impossible.  Meanwhile, corporations only have to fill out a 6-page online form, through an administrative process managed by the Department of Environmental Conservation, to get permission to degrade our waters.

Call in at 1:00 PM to testify to the House Resources Committee on HB 138

Comment on the largest old-growth timber sale in nearly 30 years! 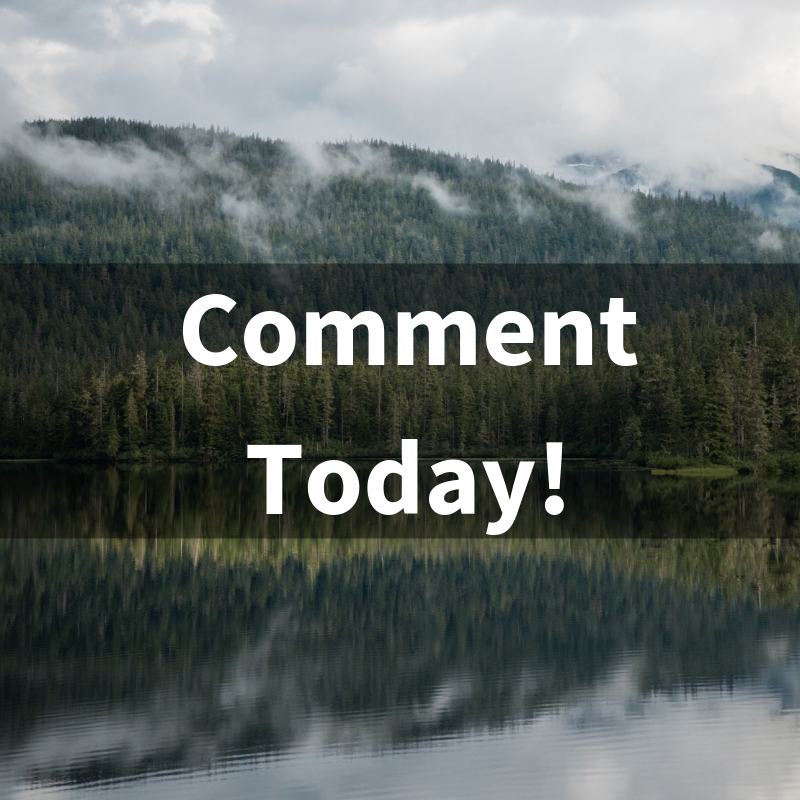 The forests on Prince of Wales Island are under threat from the largest old-growth timber sale on the Tongass in nearly 30 years! The Prince of Wales Landscape Level Analysis (POWLLA) project was recently approved by the Forest Service and could result in the clearcutting of roughly 235 million board feet of old-growth forest across about 23,000 acres. The sale would take place over the next 15 years. The Forest Service is currently taking public comment, meaning this is our opportunity to speak up!

The Power of Local Action

WHAT ARE WE FOLLOWING?

Similar to Alaska, this is an attempt to remove public authority over public lands, a way to open up more acres to habitat-destructive road building and industrial logging.

Pledge to Keep the Tongass Roadless and Wild! 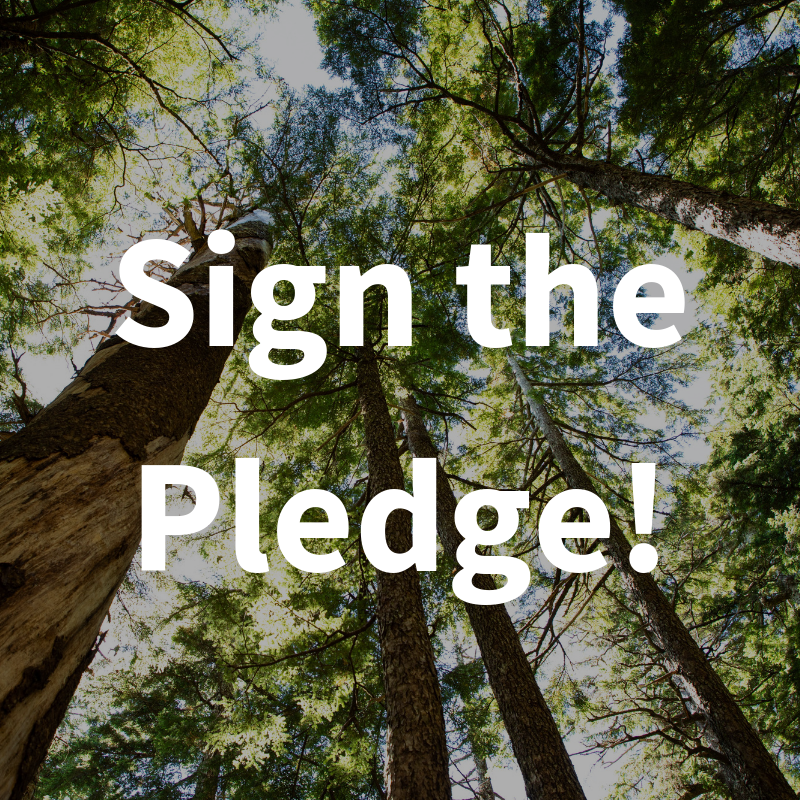 Sign our pledge if you are willing to stand up for the Tongass to keep it roadless and wild!

In December, shortly before the holidays and the start of the government shutdown, SEACC and several of our allies filed objections on the proposed Record of Decision and Final Environmental Impact Statement issued by the Forest Service for the Prince of Wales Landscape Level Analysis Project (POWLLAP).

One objection focused on the agency’s failure to consider and respond to the concerns raised over spraying herbicides on invasive plants. The other targeted the harmful environmental and economic impacts from the proposed decision to log roughly 24,000 acres of old-growth forest and build roughly 150 miles of road. The proposed development will impact salmon habitat, wildlife, and the people who depend on these valuable resources over the next 15 years.

Renewed Concern for the Stikine

The Stikine River and the nearby city of Wrangell are facing a renewed threat. The proposed Galore Creek Mine, across the border in British Columbia and in the Stikine River Watershed, has been stalled since 2008 but recently got a jolt back to life. As of July 2018, the proposed mine, similar in size to the proposed KSM and Pebble Mines, has received additional investment from the Newmont Mining Corporation. Should the project be developed, it would be an open-pit, acid-generating mine with the potential to contaminate water and threaten downstream communities and fish habitat.

Newmont has already proved dedicated to jumpstarting the mine, building access roads and bridges into the claims which are estimated as some of the largest gold, silver, and copper deposits in the world. The mining claims cover 290,000 acres and the mine is expected to last 20 years. During this time it would discharge treated wastewater into the Iskut River with untreated, potentially acidic water likely to leach into Galore Creek, both of which are part of the Stikine River Watershed.

Have you written the Forest Service to tell them to keep Roadless in the Tongass? The comment period closes THIS MONDAY so submit your comments today!

The Roadless Rule protects inventoried roadless areas on all national forests from wasteful and harmful logging roads and is an important part of conservation here on the Tongass National Forest. To learn more about what has been going on, check out our recent Action Alert.

The Forest Service has almost completed its fourteen-day-sprint through Southeast Alaska for the state-specific Roadless Rule scoping meetings. Despite not taking notes for the record or recording the comments of literally hundreds of Southeast Alaskans who made time in a busy fall season to attend the scoping meetings, Forest Service staff from DC are plowing forward with plans to reduce roadless area protections on the Tongass National Forest; plans sufficiently weak to appease the administration of Governor Walker after the State failed to convince any federal court that their tired claims had merit.

Act BEFORE NOON TODAY to Call into the Citizen Advisory Committee

This week (October 2nd and 3rd) the State of Alaska will hold the first meeting of the Citizen Advisory Committee, a multi-stakeholder group which will be advising the State of Alaska on the rulemaking process for an Alaska-specific Roadless Rule. These meetings are open to the public both in person and by teleconference.